How PLA/CPL Equity Can Nourish Our Social Justice Roots 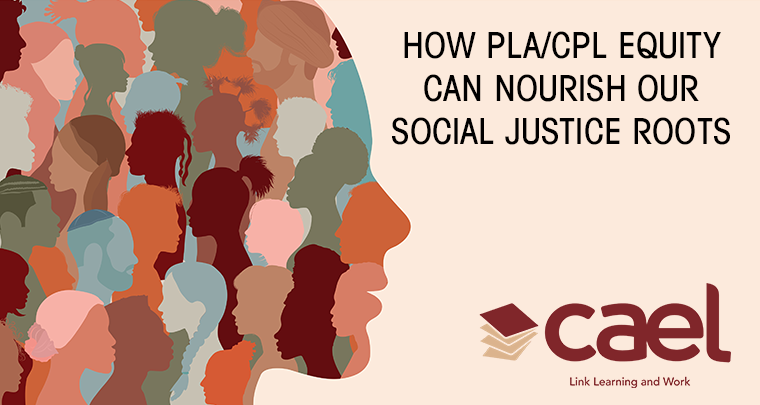 This article was previously published by The Council for Adult and Experiential Learning (CAEL)  and is republished here with permission because IACET deemed it to be a resource that is relevant to IACET stakeholders.

One of the things I’ve enjoyed throughout my career at CAEL is the connections I’ve made with some of the great pioneers in adult learning — folks who have been part of the CAEL family since the early 1970s when “adult learners” first started to get the attention of higher education. These trailblazers were at institutions like DePaul University’s School for New Learning, Thomas Edison State College (now University!), Regis University, SUNY-Empire State College, and many others. If you talk to some of these folks about their work during those early days, you will likely hear about how it felt very much a social movement, a radical group of people trying to transform, or perhaps even disrupt, higher education. In the 2014 issue of the CAEL Forum and News, Empire State’s Alan Mandell reflected on words that CAEL’s founding president Morris T. Keeton wrote in 1976:

Underlying the decision to initiate CAEL was agreement that our present educational policies do not fulfill our needs: they inadequately represent our current understanding of knowledge, the nature of our society, the concept of experiential learning, and the ways in which knowledge and competence can be achieved, recognized, and certified. ("Experiential Learning," 1976)

Keeton was talking about disrupting higher education so that different ways of learning and developing competence could be valued alongside and equal to classroom-based, instructor-led learning. Alan’s article then connects this idea to prior learning assessment (PLA)/credit for prior learning (CPL), and he writes that this reminds us that PLA/CPL was “part of a broader social movement” that urged us to:

That is, PLA is about taking a critical stance. It’s about inventing new forms. It’s about listening, giving voice to and having confidence in ideas and experiences that previously had little, if any, legitimacy. These are our PLA core values (Mandell, 2014).

Compared to Alan and our other CAEL pioneers, I’m a relative newbie to PLA/CPL, having only started looking closely at it and learning from CAEL leaders and members — as well as data! — beginning in 2009. Hearing about the social justice angle was a major “aha” moment for me in my own understanding. Focusing on PLA/CPL in terms of cost savings, time savings, or completion rates can miss the bigger point: that recognizing someone’s learning expands the definition of what it means to learn and the notion of what kind of learning deserves recognition and validation.

But then we come to last year’s research. When CAEL and WICHE released our 2020 report, The PLA Boost: Results from a 72-Institution Targeted Study of Prior Learning Assessment and Adult Student Outcomes, there wasn’t much surprise when we confirmed a “PLA effect” on credential completion rates. That’s a finding that I, along with many others, had been documenting for the previous ten years. But it was surprising, and disheartening, to see that even though adult students of color and lower income students yielded as much (and in some cases, even more) completion boost from PLA/CPL, Black and lower income adult students were the least likely to even receive the credit. In other words, we found that PLA/CPL could be a fantastic tool for improving credential attainment for populations notoriously underserved in higher education, but some of those populations don’t seem to have the same kind of access to it. How could we then argue that PLA/CPL is a tool of social justice that addresses inequities in our educational systems?

This was so disturbing that we could not let it go. We wanted to explore this further and understand why we were seeing the results in The PLA Boost, and so CAEL and WICHE teamed up again (sans external funding this time) this year to give this more attention. We have just released the report on this work, Equity Paradoxes in The PLA Boost, wherein we describe a few additional findings from the original 2020 dataset, but perhaps more importantly, we explore the possible reasons why we might be seeing different patterns of PLA/CPL credit receipt among different student subgroups.

Interviews with several institutions that participated in the original study pointed to several factors that could help explain disparities in PLA/CPL credit receipt, including cost, inadequate student outreach, insufficient institutional policies and processes, and lower levels of self-confidence among adult learners. The report provides actionable recommendations for changes and enhancements at postsecondary institutions to ensure PLA/CPL programs are available and accessible to all adult learners. These include providing financial support to cover fees for low-income students (or making PLA/CPL free), improving communications to students about PLA/CPL, embedding PLA/CPL systemically in advising, providing assessments of learning that occurs in a wider range of occupations, and improving data collection and analysis to understand where equity gaps exist.

Our report concludes by affirming PLA/CPL’s social justice history and how “pioneering institutions acknowledged that college is not just for the privileged, not just for new high school graduates, and not about limiting what counts as knowledge to something that comes out of a professor’s mouth or a textbook’s pages.” But let’s end this post by returning to my PLA/CPL mentor, Alan Mandell, who wrote:

Our challenge, our responsibility today, is to keep the critical spirit of PLA alive in the particular contexts in which we live and work. This means that we must continue to:

I hope our new report is rising to this challenge and helping postsecondary institutions keep the critical spirit of PLA/CPL alive in our new context. Through that spirit, PLA/CPL will live up to its legacy as a tool of social justice. 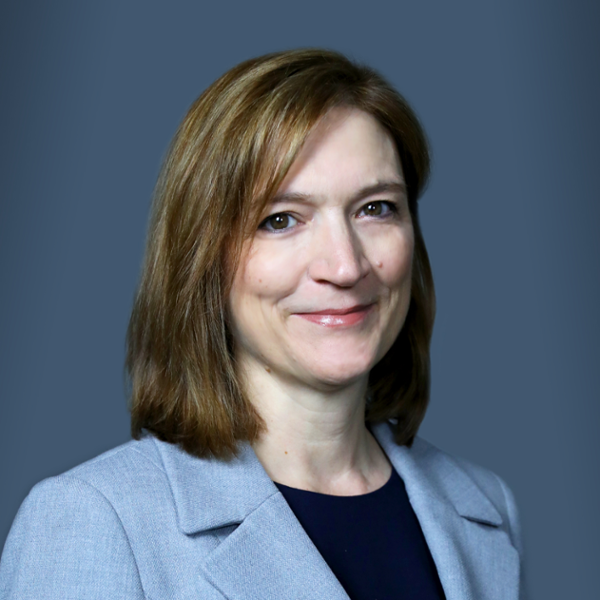 Becky Klein-Collins is the vice president for impact at CAEL. In this role, she is focused on shaping and managing a robust thought leadership strategy for CAEL, which includes curating content for membership, public-facing advocacy, and special research initiatives. Previously, Klein-Collins led CAEL’s research and public policy activities, with research projects focused on the impact and value of prior learning assessment (PLA), competency-based education (CBE), best practices in serving student veterans, mature workers, and system-transforming practices in workforce development. Klein-Collins also speaks regularly to national audiences on topics related to adult learners, and she is the author of numerous articles and policy position papers for CAEL.

Among her portfolio of published work is her first book, Never Too Late: The Adult Student’s Guide to College, produced in partnership with The Washington Monthly and published in 2018 by The New Press. Klein-Collins was the principal investigator and author of CAEL’s 2010 Fueling the Race to Postsecondary Success: A 4-Institution Study of Prior Learning Assessment and Adult Student Outcomes, along with several subsequent research briefs on PLA; she is currently the co-PI for a similar study in partnership with the Western Interstate Commission on Higher Education.

Klein-Collins earned a bachelor’s degree from Grinnell College and holds master’s degrees from Indiana University and the University of Chicago Harris School of Public Policy.